Home Diet 10 Foods To Avoid If You Have Hypothyroidism

10 Foods To Avoid If You Have Hypothyroidism

Hypothyroidism is a condition marked by an ‘underactive thyroid.’ In this condition, the thyroid gland is unable to produce a sufficient quantity of certain vital hormones which are responsible for controlling the growth of the body, as well as its repair and metabolism. 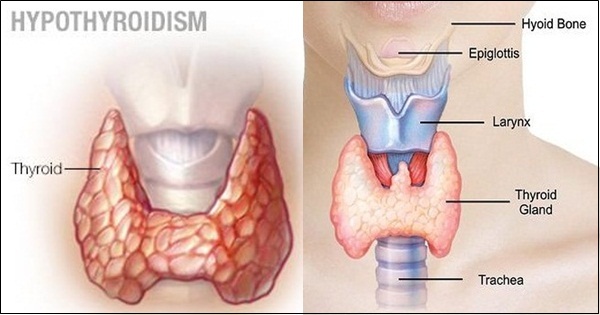 The inadequacy of the thyroid hormone can have widespread consequences for the body because the hormone affects body growth and several cellular processes. Since the key ingredient of the thyroid-stimulating hormone is iodine, hypothyroidism typically results from iodine deficiency in the body.

Hypothyroidism affects nearly 2% of people across the world. Women have a ten times higher risk of being affected by the condition as compared to men.

Hypothyroidism needs to be treated in a timely manner because it can potentially lead to a number of health problems, like joint pain, obesity, infertility, and heart disease.

The most common cause of the occurrence of Hypothyroidism or the under-activity of the thyroid gland in adults is an autoimmune disorder called Hashimoto’s disease.

Hashimoto’s disease causes the chronic inflammation of the thyroid gland, because of which the functioning of the gland is hampered and enough thyroid hormones are not produced to meet the body’s requirements.

Besides Hashimoto’s disease, some of the other known causes of  Hypothyroidism include:

In the early stages of the occurrence of Hypothyroidism, the symptoms are usually not much noticeable. However, the symptoms become quite apparent as the condition progresses over a period of time.

Some of the common signs and symptoms of  Hypothyroidism are:

10 Foods to Avoid If You Have Hypothyroidism

The symptoms of Hypothyroidism can be avoided by making some changes to the diet and avoiding the consumption of certain foods which can aggravate the condition. Specifically, foods which disrupt the normal functioning of the thyroid gland should be avoided.

10 foods which should be avoided by patients suffering from Hypothyroidism have been listed below.

Gluten is a protein which is found in grains such as wheat, rye, barley, and rice, as well as bread and pasta. Patients who are affected by Hypothyroidism due to autoimmune disorder like Hashimoto’s disease generally find it difficult to consume gluten-rich foods because their body mistakenly attacks gluten, thereby leading to damage to the surrounding gut area. So, to manage Hypothyroidism, gluten should be removed completely from the diet.

Fatty and fried foods are also considered bad foods for Hypothyroidism. Fats from sources like butter, mayonnaise, margarine, and meat can hamper the ability of the thyroid gland to produce the essential thyroid hormone. Fried foods also can affect the functioning of the thyroid.

Foods with excess amounts of sugar

For managing Hypothyroidism, the amount of sugar intake should also be reduced or completely eliminated. Sugary foods — like chocolates, ice cream, fudgy brownies, and cookies — should be avoided as they contain a lot of calories, but hardly any nutrients. These foods can lead to weight gain, especially due to the body’s slowed metabolism in Hypothyroidism patients.

Processed foods in packages usually contain huge amounts of sodium which must be avoided by Hypothyroidism patients. The intake of excessive amounts of sodium can significantly increase the patients’ potential risk for high blood pressure.

Soy foods — like tofu, soybeans, and soy milk — can also hamper the management of Hypothyroidism, and should, therefore, be avoided. Soy foods contain compounds called ‘isoflavones’ which can affect the thyroid function. Moreover, the presence of ‘phytoestrogens’ in soy-rich foods can inhibit the activity of the enzyme which produces thyroid hormones.

The consumption of cruciferous vegetables — like cauliflower, cabbage, turnips, spinach, and broccoli, etc — should also be avoided in Hypothyroidism. These vegetables can adversely affect the production of thyroid hormone in patients having an iodine deficiency. The digestion of these vegetables can block the ability of the thyroid to utilize iodine.

Foods with excess fiber — including beans, legumes, whole grains, fruits, and certain vegetables — can pose difficulties in the Hypothyroidism treatment. High amounts of dietary fiber can affect the digestive system, and interfere with the absorption of thyroid medication.

Certain snacks like cookies, chips crackers, and some protein bars should be avoided in Hypothyroidism because they generally contain high fructose corn syrup. The intake of these foods can cause weight gain and hormonal imbalances, particularly in people suffering from Hypothyroidism.

Coffee and other beverages

Excessive intake of coffee and other beverages can adversely affect the treatment of Hypothyroidism. Large amounts of caffeine can lead to uncontrollable thyroid levels, and make it difficult for Hypothyroidism patients to benefit from thyroid medication.

The Benefits of Bee Venom for Skin Care

Vitamins That Will Improve Blood Circulation

The Benefits of Bee Venom for Skin Care

Skin Renewal: How Quickly does Your Skin Get Used to New Care?

Reasons To Use Natural Beauty Products

Why Are My Gums Bleeding?